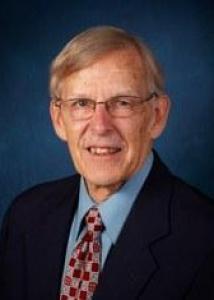 De Jong joined Penn State in 1963 as an assistant professor of sociology, was promoted to full professor in 1972. He served as acting head of the Department of Sociology in 1979-1980. He was named designated Distinguished Professor in 1991. He has been a catalyst in developing Penn State into one of the premiere national and international institutions for demographic research and training. In 1972 he was co-founder of the Population Issues Research Center, now the Population Research Institute, of which he served as Director in 1974-76 and 1982-88. In 1987 he was founder and until 2013 served as continuing Director of the Graduate Program in Demography at Penn State, one of the largest and highly ranked demographic training programs in the U.S.

In addition to his positions at Penn State, De Jong has been a Senior Fellow at the U.S. State Department-sponsored East-West Center in Honolulu, Hawaii in 1978-79, and a visiting faculty at the Netherlands Graduate School in Demography, Institute for Advanced Study, Wassenaar, The Netherlands in 1994.

De Jong is a nationally and internationally known expert in migration and immigration research, social demography, and the demography of Pennsylvania. His funded international demographic research includes projects in Peru, The Philippines, Great Britain, The Netherlands, Israel, Romania, Thailand, and South Africa. Results from these studies have been presented to the United Nations, the European Union, to U.S. national and state government leaders, and at international professional association forums.

His publications include three books, Migration Decision Making, Social Demography, and Appalachian Fertility Decline, and over 125 professional research articles, book chapters, and reviews, focusing primarily on internal migration in the U.S. and developing countries, immigration to the U.S., aging population problems, fertility trends, and teaching demography. Over his career, De Jong has received 30 competitively awarded grants from governmental agencies and foundations to support his research and training activities.

In addition De Jong has authored over two dozen policy research reports on Pennsylvania demographic trends for state government executive and legislative officials, business leaders, and citizens of the state. These results have been presented in briefings and testimony to Pennsylvania Governors, Cabinet Secretaries, the Commonwealth of PA General Assembly, House and Senate committees, the State Planning Board, the Office of General Council, and State Data Center Conferences.

Among his honors, De Jong was selected as a Danforth Associate, named to Who’s Who in America, Who’s Who in Sociology, Men of Achievement, American Men and Women of Science, and has received distinguished alumnus awards from Central College and the University of Kentucky. From Penn State he received the W. LaMarr Kopp International Achievement Award in 1997 for significant contribution to the international mission of the University, the Outstanding Service to the College of Liberal Arts Award in 2012, and the university Graduate Program Chair Leadership Award in 2012. Professional activities include service as editor of the prestigious journal Demography, the official scientific publication of the Population Association of America, from 1987-1990. As a member of the American Sociological Association, De Jong served as the elected Chair of the Population Section, an elected member of the Council of the International Migration Section, and a member of the Demography Certification Committee. He is an active member of the Population Association of America, having served as Chair of the Publications Committee and a member of the Clifford C. Clogg Award Committee. He also holds professional membership in the International Union for the Scientific Study of Population, the International Sociological Association, and the Association for Public Policy Analysis and Management. In addition to these research and professional outreach activities, Professor De Jong’s passion has been teaching. Over his professional career he taught several thousand undergraduate students in sociology classes, supervised a total of 31 Master’s and 33 Ph.D. candidates, and served on the thesis committees of an additional 90 students in demography and sociology at Penn State — students who now work in government, business, and academe in the U.S. and around the world. He is particularly proud of the 40 cumulative years of competitively-awarded Training Grants from the National Institute of Health, the National Institute of Aging, and the William and Flora Hewlett Foundation to support the training of over 214 U.S. and developing country demography graduate students at Penn State.