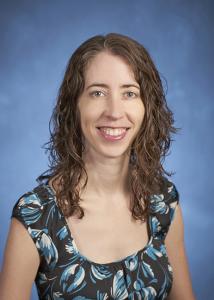 Erica Frankenberg (Ed.D., Harvard University) is a professor of education and demography in the College of Education at the Pennsylvania State University. Her research interests focus on racial desegregation and inequality in K-12 schools, and the connections between school segregation and other metropolitan policies. At Penn State, Dr. Frankenberg teaches classes on education policy and politics. In 2014, she coordinated the Civil Rights and Education conference at Penn State, and is co-editor of a 2016 book from this conference. With Liliana Garces, Dr. Frankenberg directs a civil rights and education center at Penn State. Prior to joining the Penn State faculty, she was the Research and Policy Director for the Initiative on School Integration at the Civil Rights Project/Proyecto Derechos Civiles at UCLA.  Dr. Frankenberg is the co-author (with Gary Orfield) of Educational Delusions? Why Choice Can Deepen Inequality and How to Make it Fair (from University of California Press); co-editor of The Resegregation of Suburban Schools: A Hidden Crisis in American Education (with Gary Orfield), from the Harvard Education Press; Integrating schools in a changing society: New policies and legal options for a multiracial generation (with Elizabeth DeBray), from the University of North Carolina Press; and co-editor of Lessons in Integration: Realizing the Promise of Racial Diversity in America’s Schools (with Gary Orfield), published by the University of Virginia Press (2007). She has published more than 50 peer-reviewed articles in leading education policy journals, law reviews, and housing journals as well as writing for policy and practitioner publications. One of the foci of Dr. Frankenberg’s research has examined how demographic patterns relate to school segregation. An example of this was a mixed-methods study of suburban racial change, funded by the Spencer Foundation, which examined the extent to which suburban districts are becoming more diverse, how they conceptualized of this change, and what responses districts and communities adopted. Additionally, she has examined the relationship between housing and school segregation. An emerging related area of research is examining the way in which de facto segregation has evolved and its impact. Another aspect of her work has examined how districts respond to the Supreme Court’s 2007 voluntary integration decision. One aspect of this work, funded by a Spencer Foundation small grant, examines the eleven school districts that received federal funding in 2009 to redesign their student assignment plans. This research, with Kathryn McDermott and Elizabeth DeBray, examines how school districts define diversity and what policies they adopt to pursue diversity. Recent articles from this project include a May 2015 article in the American Educational Research Journal and a recent article in Educational Policy Analysis Archives. More recently, she has received funding from the W.T. Grant Foundation to analyze whether one district’s policy response to the Supreme Court’s decision may be a promising way to alleviate inequality. Finally, Dr. Frankenberg’s research has examined how the design of school choice policy affects racial and economic student stratification. This has included examining the segregation trends in charter schools as well as analyzing state and federal policy to understand why such patterns of segregation exist in charter schools. She is currently working with colleagues to study recent Magnet School Assistance Program grantees (funded by the U.S. Department of Education). In addition to her teaching and research, she has been active with Division L of the American Educational Research Association.   Dr. Frankenberg is involved with the National Coalition for School Diversity, including the group’s Research Advisory Panel. She is also a fellow of the National Education Policy Center.